Setting The Record Straight: The Difference Between A Typeface and A Font 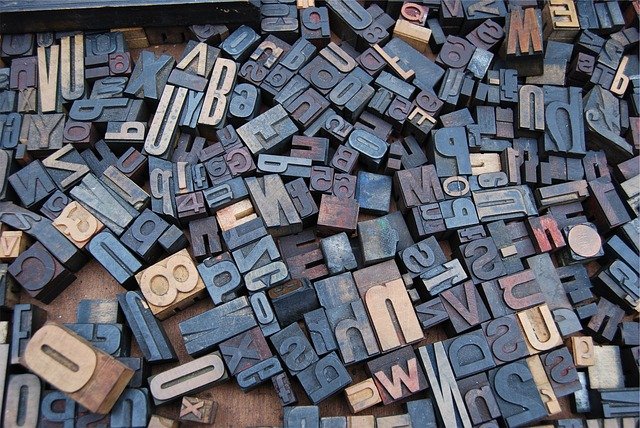 Have you ever wondered about the difference between a typeface and a font? These two terms seem pretty interchangeable nowadays, but where did the need for two separate terms originate? There’s a bit of printing history that goes into the explanation, but it’s ultimately what led the way to streamlining the New York City print scene and the eventual rise of the business card itself! So to set the record straight, here’s the facts on the difference between a typeface and a font and how the terms have evolved within the industry over time.

Back In The Day

Back before we had computers, during the times of analog printing, letters on metal blocks had to be carefully laid out to the desired words or phrases before the actual printing process began. The blocks would then be rolled in ink and pressed on to a crisp, clean piece of paper. This meant that printers needed thousands of sets of metal blocks, each representing a different style of printing and in multiple sizes. For example, in order to print Times New Roman, you needed to have blocks in every size from 10 point and up, as well as every weight, such as bold, italics, and light! That’s a whole lot of blocks to keep track of!

It was during these times that the terms “typeface” and “font” came to be. Printers used the term “typeface” to describe the actual type of printing style, such as Courier New or Times New Roman. The term “font” was used to refer to the size and weight of the actual set of typeface blocks that had been chosen. For example, a bolded Arial in 10 point is considered a different font than an italicized Arial in 12 point. In short, typeface is the name of the style of letters being printed, while font describes the size and whether the typeface is bolded, italicized, etc.

The Rise of The Computer

It’s without a doubt that the rise of the computer desktop is what caused all the confusion between the terms typeface and font. Computers effected so much more than the distinction between these two terms, but eventually replaced much of the tedious work that went into the printing process itself. Fonts and typefaces weren’t thousands of tiny and individual blocks anymore, but instead instant digital files that can be selected with just a click of a button.

Nowadays, we open up a new document on a computer and it asks us what font we want to use, not which typeface. So what happened? The best way it can be explained is that computers eliminated the need for a distinction between the two terms. It has even become common place to use the terms interchangeably within the print industry, with the exception of real experts who may opt to differentiate for popular, non-digital printing processes, like letterpress. Ultimately, font and typeface are considered one in the same and the choice is yours as to which one you choose to use!