2016 Presidential Candidate Logos to Watch Out For

Presidential candidates are making their speeches and will soon seek to win the hearts of Americans with their words, actions … and logos? When Hillary Clinton announced her run for President, many were surprised by her choice in logo. This sparked a huge outburst of social media buzz, both positive and negative. 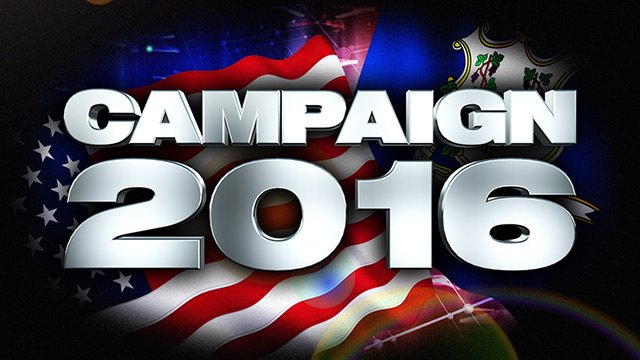 “A strong brand identity can communicate your message and your values to a potential voter with a single glance, without you having to buy an ad or even say a single word,” said Patrick Ruffini, a GOP digital strategist who managed online efforts for the Bush-Cheney 2004 reelection campaign. It all starts with a first impression – a message through visual branding. Let’s take a look at the 2016 presidential campaign logos. 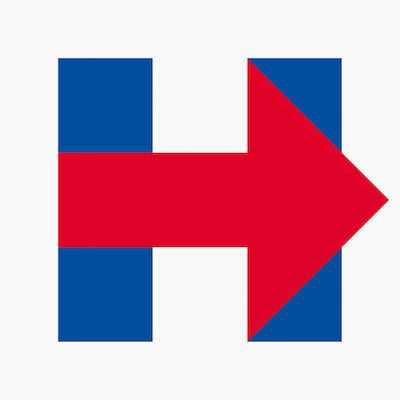 The presumptive Democratic presidential frontrunner revealed her new campaign logo – a blue ‘H’ and a rightward-facing red arrow. Above all, Clinton’s new logo seemed to confuse critics. It can be difficult to design a logo that conveys a simple message, when onlookers are searching for underlying complex meanings. The arrow’s direction and its Republican-minded red color, raised alarm that she’s signaling a political shift. Others argue that it is simple with no surprises in sight, positioning herself to appeal to common America.

Sol Sender, designer of the Obama campaign logo, weighed in on the Hillary logo, giving us some new insight. “Crafting a brand strategy and identity is a key component to the success of any brand. It’s really no different for a political campaign.” When speaking to the Business Insider, Sender wouldn’t say whether he would praise or pan Clinton’s “H.” But he did find that her “mark looks to leverage the ground we broke with the Obama ‘O’ … a stand-alone symbol that can function independent of the candidate’s name.” 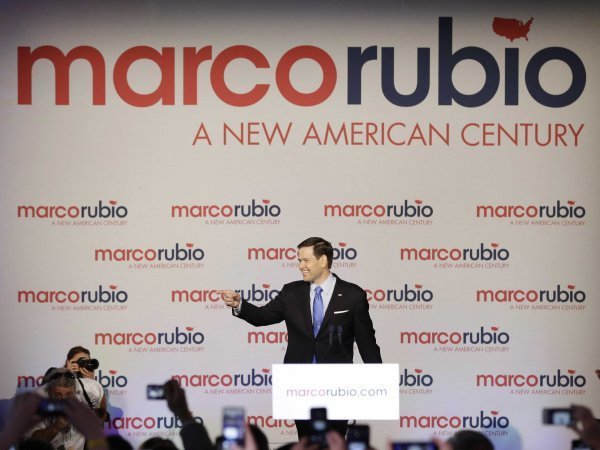 Also announcing his aspirations to become the first Hispanic US President, Senator Marco Rubio revealed his 2016 presidential campaign logo. With a minimalist san serif logo, Rubio emphasizes the colors red and blue, and a map of the United States over the i in Rubio. Critics note that he may lose the Hawaii/Alaska vote from the get-go, considering the map neglects to include these two states. However, others claim that Rubio achieved his overall goal of simplicity.

As with all logos, the Cruz logo has raised a few red flags too. Many graphic designers have commented that it looks like everything from a teardrop or even a flame, to the logo from Al Jazeera.

Some note that there are distinct similarities between the Cruz campaign logo and the Obama campaign logo. “Both use old symbols in new shapes to express their messages. Sol Sender’s logo for then-Senator Obama connected a rising sun to the idea of hope; Cruz’s logo uses a flame to talk about “reigniting” something,” says Scott Stowell. 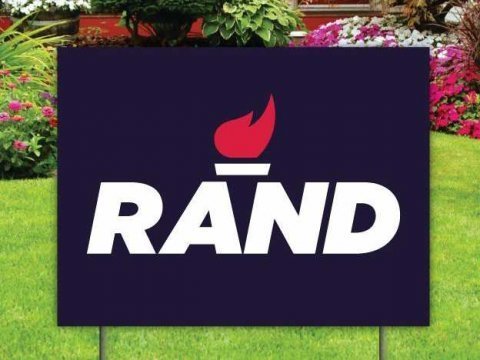 Rand Paul has chosen a torch in his logo. The image includes a solid red flame on top of bold letters that spell out his FIRST name. “While graphic designers will appreciate the fact that the interval between the ‘A’ and the ‘N’ forms the base of a torch, the average viewer will not make the connection, and the dash and flame sit above the word almost as though it was an accent mark,” says Milton Glaser.

Karl Gude, a graphics professor at Michigan State University and former graphics artist at Newsweek and the AP, gave Paul credit for choosing an image that “stands out from the jingoistic, flag-waving logos inherent to presidential campaigns.”