10 Fonts That Will Totally Ruin Your Day 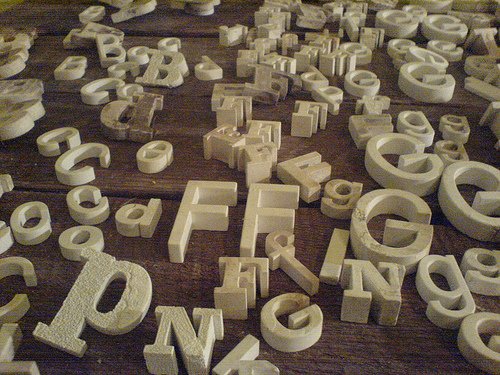 This font is basically only acceptable in two instances: if you’re making a list in Microsoft Word or if you are a tween on AIM in the early 2000’s. The weirdest part about this font is that it isn’t justified left or right, but rather in the center. That’s part of why it looks so stretched out and unnecessarily large. Either way, we hate it and so will everyone else if you choose to use it!

Papyrus that should have stayed in Egypt

We are pretty positive that the only time this font ever gets used is when churches decided to print something out and give it a little flair. It’s been said that it was named Papyrus by the original creator of the font because he thought it looked like hieroglyphics, but the only resemblance to anything Egyptian is the actual use of the word “papyrus”. Weren’t hieroglyphics made up of symbols anyway?

Viner hand is like the crazy, long lost cousin of Bradley Hand. It looks kind of like the font version of what happens when a metal head goes to an electronic dance concert. It’s a little emo, a little nutty, and a little Jack Nicholson in The Shining. We advise that you steer clear of this font so you don’t have to feel nervous about potential “redrum” mirror writings haunting you at home. 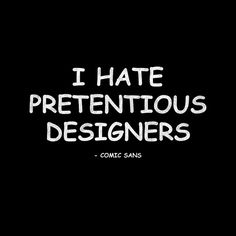 This is quite possibly the most hated font on the planet. Comic Sans even has its own website devoted to all the hatred people feel for its lettering! Notoriously, Comic Sans was somehow always used for those ridiculous chain letter emails in which we had to forward to 15 people or risk having 5 years of bad luck. The funniest part about this font is that no one can really pinpoint why the world loves to hate it! Was it too many chain emails? Or its close association with AOL, causing it to go out of fashion along with “You’ve Got Mail!”? Regardless, Comic Sans is not a font to mess around with, since it’s practically guaranteed to make you have the worst day ever.

Courier for all your governmental paperwork

Here’s a fun fact! Courier font was used by U.S. State Department all the way up until 2004. We speculate that might be a contributing factor in why the font is so widely hated among the masses. You can’t help but look at it and instantly think you have official government paper work to fill out!

Gill Sans… no more than a cheap knock-off!

Think of Gill Sans as the Helvetica of the UK. Unlike Helvetica however, the lines of this font are so unevenly distributed that reading it is quite the eye strain. Not to mention the fact that there are a variety of fonts that are not only similar, but better-looking than this disaster.  Gill Sans is essentially just poorly designed rip off of the American version that’s so rough, we can’t help but despise it!

Brush Script… for all your ’90s hairdressing needs!

Let’s be honest for a minute here. This font is pretty awful. Not only is it really difficult to read, but all I can think of is how much hairdressing signage I saw covered in Brush Script in the 1990s! This font is also the go to for most awards and certificates, but for everything else it’s a rather poor choice.

The thing about Monotype Corsiva is that it looks strikingly similar to Times New Roman when it’s been italicized. Unfortunately, this is not the only issue we have with it. It’s like a font that’s trying to look like the running, half-cursive writing of an artist, while still maintaining a professional front. Monotype Corsiva can also often be found lurking on wedding and big event invitations. No thanks!

Algerian font seems to be everywhere nowadays. Why is it used in Christmas commercials? Why is it on billboards in Harlem? The world may never know why this ugly and esthetically displeasing font made it anywhere in mainstream media, but what we do know is that seeing it is a sure-fire way to ruin your day.

Lucida Handwriting… that couldn’t be more irritating if it tried!

Here we are again, trying to make a font look like some sort of handwriting. Font creators seem to constantly be trying to create fonts that look like actual handwriting in order to give the text a more personal feel. This isn’t exactly feeling personal, but more uncomfortable and awkward than anything else! We are very curious as to if anyone has been fooled into thinking this was really handwritten? Bottomline, if you want your note to be personal, just grab a pen and paper and actually write the note yourself. Spare us all from having to read this silly font and spare yourself the embarrassment.